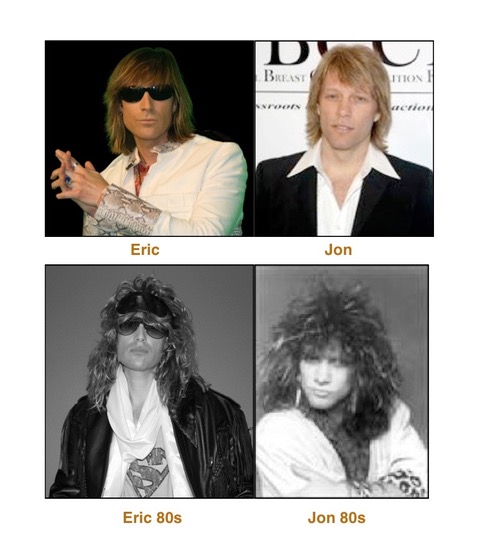 Eric has been performing as Bon Jovi worldwide for many years and recently finished a long-standing show in Las Vegas. Rocking events in Los Angeles, New York, Toronto and Europe, Eric ignites the crowd while performing songs of the 80’s thru today. With his looks and voice being incredibly similar to Bon Jovi’s, Eric is considered one of the best tribute artists in show business. Utilizing his three-octave range, along with his amazing ability to recreate the original superstar, Eric has the women screaming and the guys cheering. From the signature hits You Give Love A Bad Name, Livin’ On A Prayer, Wanted Dead Or Alive to It’s My Life, Eric spans the decades that made Bon Jovi one of the biggest acts in the world. Sage has recorded with some heavyweights of the rock world, including Vince Neil of Mötley Crüe and Slash of Guns ‘n’ Roses. While living in Los Angeles, Eric also acted in films, television, and commercials. One such feature was Wayne’s World where he played the “guitar salesmen” (No Stairway to Heaven”).

Do you remember the 80’s? Stand up! Put your fists and lighters in the air! It’s time to sing along and experience a legendary rock ‘n’ roll show! 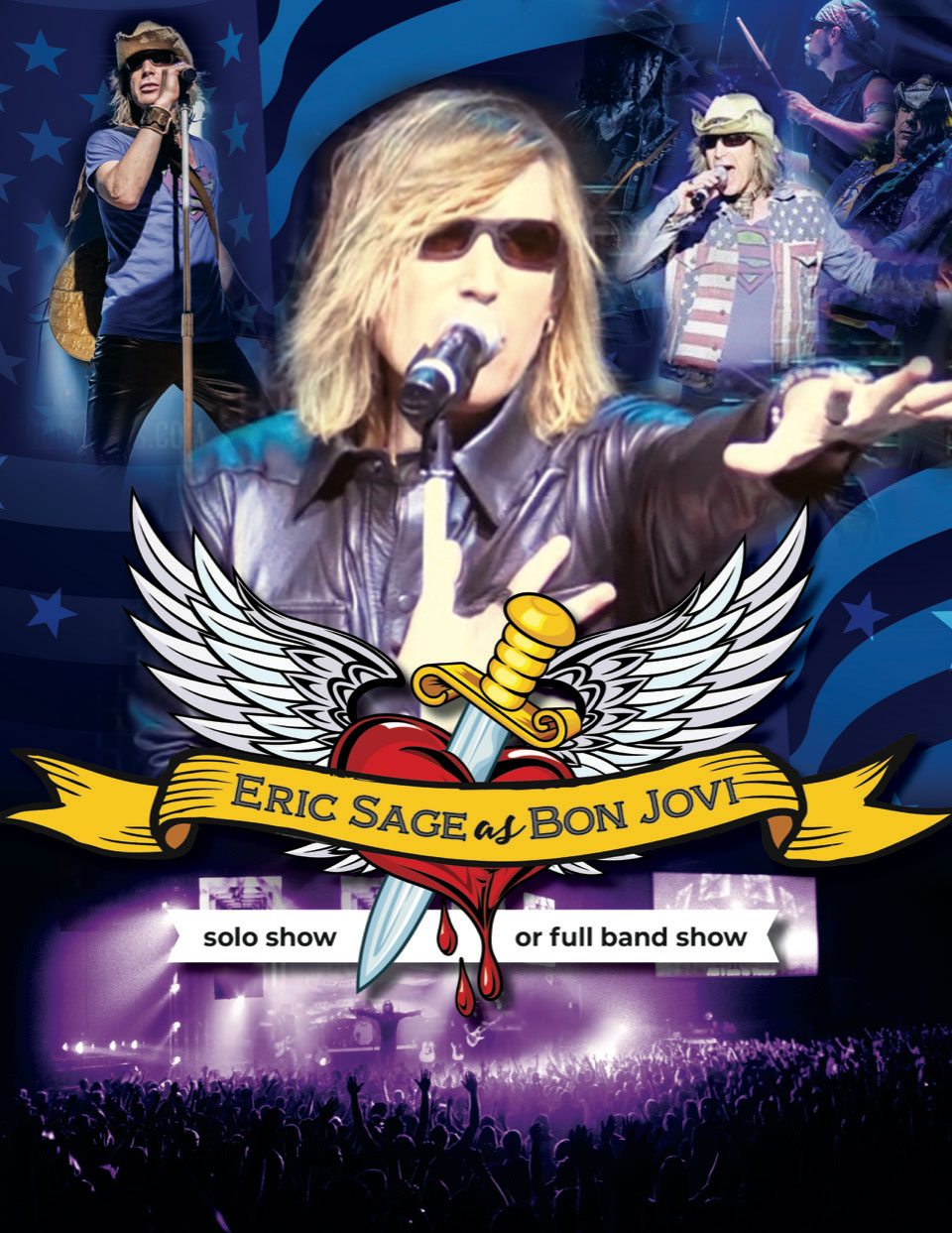 “Eric Sage is is not just a singer, he is a professional entertainer. He takes the crowd on a fun and exciting ride. Certain performers are able to take a concert to the next level – that’s what he does!”

“When Eric hits the stage as Bon Jovi, he commands the audience’s attention. He is a true Rock Star.”