LIVIN’ ON A PRAYER

LIVIN’ ON A PRAYER has a  90-minute production of BON JOVI’S greatest hits that recreates the image, sound, and stage persona of one of the biggest bands in history. Unlike other tribute bands, no background tracks are used – they are 100% live musicianship! The video above is completely live, taken from concerts around the globe.

LIVIN’ ON A PRAYER is based out of Southern California, and audiences are amazed at the accuracy of their live retrospective journey through such BON JOVI songs as You Give Love a Bad Name, Wanted Dead or Alive, Livin’ on a  Prayer, It’s My life, and many more. The huge video screens, costumes, and audience interaction enhance this world class production!

LIVIN’ ON A PRAYER features award winning BON JOVI tribute artist/singer, entertainer Eric Sage and guitar virtuoso Kevin Tapia as Richie Sambora. Together, with the best  musicians in the country, their live shows rock as if you were in an arena with the actual band. With their amazing stage presence, huge video screens, powerful vocals and killer harmonies, the audience participates in a world class concert that is being called, “The most authentic BON JOVI tribute show in the world!”
The fans and critics have spoken: “LIVIN’ ON A PRAYER is the best!”
“Livin’ on a Prayer sounds just like the real thing – it’s like being at a Bon Jovi concert!”
The Californian
“Eric Sage is is not just a singer, he is a professional entertainer. He takes the crowd on a fun and exciting ride. Certain performers are able to take a concert to the next level – that’s what he does!”
Las Vegas Weekly 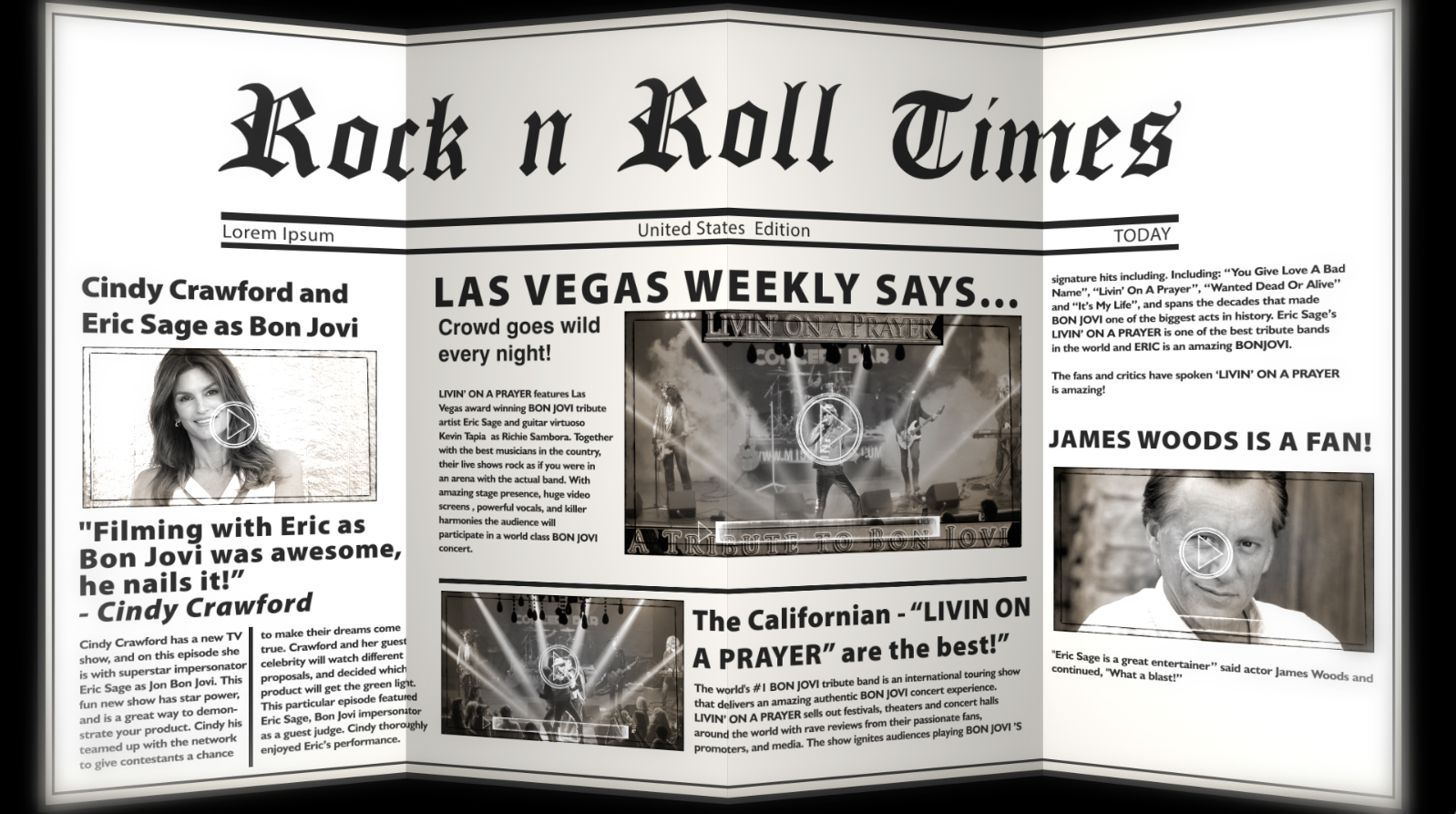